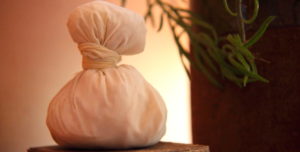 Cervical Spondylosis is a general term for age-related wear and tear affecting the spinal disks in your neck. As the disks dehydrate and shrink, bone spurs and other signs of osteoarthritis develop.

Cervical spondylosis is very common and worsens with age. There also appears to be a genetic component involved because some families will have more of these changes over time, while other families will develop less.

More than 90 percent of people older than age 65 have evidence of cervical spondylosis and osteoarthritis that can be seen on neck X-rays. Most of these people experience no symptoms from these problems. When symptoms do occur, nonsurgical treatments often are effective.

In most cases, cervical spondylosis causes no symptoms. When symptoms do occur, they typically affect only the neck — causing pain and stiffness.

As you age, the bones and cartilage that make up your backbone and neck gradually develop wear and tear. These changes may include:

The diagnosis of cervical spondylosis depends to a large extent on the patient’s history and the physical findings.

A variety of imaging tests can provide details to guide diagnosis and treatment. Examples include:

In some cases, it may be helpful to determine if nerve signals are traveling properly to your muscles. Nerve function tests include:

According to Ayurveda the Vata, the principle of movement is the predominant function with the skeleto-muscular system and the nervous system. Problems relating to these systems are predominantly caused by vitiated Vata.

Vatavyadhis comes under a group of diseases which manifest by dhatu kshaya or margavarana and those are classified according to hetu, sthana and lakshana. In the classification of dhatukshayajanya vatavyadhis, many degenerative conditions are considered. Cervical spondylosis can be considered one among them and can be compared with ‘Vishwachi’.

Treatment in Ayurveda is aimed at restoring the equilibrium through correction of the underlying functional in-equilibrium.

At CHARAKA, the treatment for Cervical Spondylosis is comprehensive and may include Ayurveda internal medicines & external applications for mild cases and along with these, Ayuveda Panchakarma therapies in severe cases. Diet and lifestyle modifications are applied in both the scenarios.

Panchakarma therapies like Abhyanga swedam, Elakizhi, Nasyam, Shirovasti or shirodhara, Sarvangadhara, Greeva basti, Navara or mamsa kizhi, Vasti are usually done based on the persons presentation and severity of the disease. Average duration of therapy may range between 4 – 6 weeks and most of the cases experience high recovery.