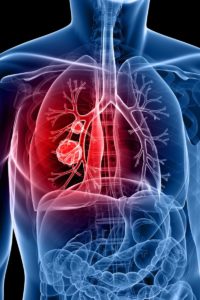 Cancer is a term used for diseases in which abnormal cells divide without control and are able to invade other tissues. The abnormal cells are termed cancer cells, malignant cells, or tumor cells. Untreated cancers can cause serious illness and death.

Cells become cancer cells because of DNA (deoxyribonucleic acid) damage. DNA is in every cell and it directs all the cell’s actions. In a normal cell, when DNA gets damaged the cell either repairs the damage or the cell dies. In cancer cells, the damaged DNA is not repaired, and the cell doesn’t die like it should. Instead, the cell goes on making new cells that the body doesn’t need. These new cells all have the same abnormal DNA as the first cell does.

Cancer has largely remained incurable due to its complexity and its ability to spread rapidly and uncontrollably.

There are over 200 types of cancers; most can fit into the following categories

Tumors can be benign or malignant.

Cancer symptoms are quite varied and depend on where the cancer is located, where it has spread, and how big the tumor is. Some cancers can be felt or seen through the skin – a lump on the breast or testicle can be an indicator of cancer in those locations. Skin cancer (melanoma) is often noted by a change in a wart or mole on the skin. Some oral cancers present white patches inside the mouth or white spots on the tongue.

Other cancers have symptoms that are less physically apparent. Some brain tumors tend to present symptoms early in the disease as they affect important cognitive functions. Pancreas cancers are usually too small to cause symptoms until they cause pain by pushing against nearby nerves or interfere with liver function to cause a yellowing of the skin and eyes called jaundice. Symptoms also can be created as a tumor grows and pushes against organs and blood vessels. For example, colon cancers lead to symptoms such as constipation, diarrhea, and changes in stool size. Bladder or prostate cancers cause changes in bladder function such as more frequent or infrequent urination.

As cancer cells use the body’s energy and interfere with normal hormone function, it is possible to present symptoms such as fever, fatigue, excessive sweating, anemia, and unexplained weight loss. However, these symptoms are common in several other maladies as well. For example, coughing and hoarseness can point to lung or throat cancer as well as several other conditions.

When cancer spreads, or metastasizes, additional symptoms can present themselves in the newly affected area. Swollen or enlarged lymph nodes are common and likely to be present early. If cancer spreads to the brain, patients may experience vertigo, headaches, or seizures. Spreading to the lungs may cause coughing and shortness of breath. In addition, the liver may become enlarged and cause jaundice and bones can become painful, brittle, and break easily. Symptoms of metastasis ultimately depend on the location to which the cancer has spread.

Cancer arises from one single cell. The transformation from a normal cell into a tumour cell is a multistage process, typically a progression from a pre-cancerous lesion to malignant tumours. These changes are the result of the interaction between a person’s genetic factors and three categories of external agents, including:

Ageing is another fundamental factor for the development of cancer. The incidence of cancer rises dramatically with age, most likely due to a buildup of risks for specific cancers that increase with age. The overall risk accumulation is combined with the tendency for cellular repair mechanisms to be less effective as a person grows older.

It is important to point out that most everyone is exposed to cancer-causing substances (for example, sunlight, cigarette smoke, and X-rays) during their lifetime but many individuals do not develop cancer. In addition, many people have the genes that are linked to cancer but do not develop it. Higher the amount or level of cancer-causing materials a person is exposed to, the higher the chance the person will develop cancer. In addition, the people with genetic links to cancer may not develop it for similar reasons (lack of enough stimulus to make the genes function). In addition, some people may have a heightened immune response that controls or eliminates cells that are or potentially may become cancer cells. There is evidence that even certain dietary lifestyles may play a significant role in conjunction with the immune system to allow or prevent cancer cell survival. For these reasons, it is difficult to assign a specific cause of cancer to many individuals.

Tobacco use, alcohol use, unhealthy diet and physical inactivity are the main cancer risk factors worldwide. Chronic infections from hepatitis B (HBV), hepatitis C virus (HCV) and some types of Human Papilloma Virus (HPV) are leading risk factors for cancer in low- and middle-income countries. Cervical cancer, which is caused by HPV, is a leading cause of cancer death among women in low-income countries.

A physical exam and medical history, especially the history of symptoms, are the first steps in diagnosing cancer. In many instances, the medical caregiver will order a number of tests, most of which will be determined by the type of cancer and where it is suspected to be located in or on the person’s body. In addition, most caregivers will order a complete blood count, electrolyte levels and, in some cases, other blood studies that may give additional information (for example, a PSA or prostate specific antigen test may guide the caregiver to do additional tests, such as a prostate biopsy).

Imaging studies are commonly used to help physicians detect abnormalities in the body that may be cancer. X-rays, CT and MRI scans, and ultrasound are common tools used to examine the body. Other tests such as endoscopy, which with variations in the equipment used, can allow visualization of tissues in the intestinal tract, throat, and bronchi that may be cancerous. In areas that cannot be well visualized (inside bones or some lymph nodes, for example), radionuclide scanning is often used.

The biopsy can provide more than the definitive diagnosis of cancer; it can identify the cancer type and the “stage” of the cancerous cells. 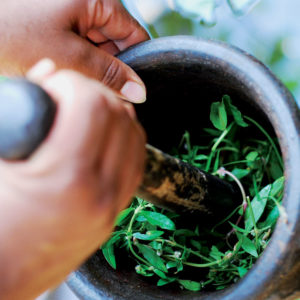 Ayurveda, one of the major traditional forms of medical practice in India, has produced many useful leads in developing medications for chronic diseases.

Ayurveda is an intricate system of healing that originated in India thousands of years ago. Historical evidence of Ayurveda can be found in the ancient books of wisdom known as the Vedas that were written over 6000 years ago. Ayurveda provides novel approaches to cancer prevention that are considered safe.

Classical Ayurvedic texts have several references to cancer. Some terms used to describe the condition are general while others are much more specific.

Charaka and Sushruta Samhita (700 BC) both described the equivalent of cancer as granthi (benign or minor neoplasm) and arbuda (malignant or major neoplasm). Both can be inflammatory or non-inflammatory, based on the doshas (Vata, Pitta and Kapha) involved. The term dosha describes the three principles that govern the psychophysiological response and pathological changes in the body. Ayurveda described health as the balanced coordination of these three systems in body, mind and consciousness. The fundamental theory of Ayurvedic treatment is based on restoration of the balance between these three major bodily systems.

Arbuda is the most specific term for a cancerous malignancy. Gulma is one another reference used to describe any palpable hard mass in the abdomen. It is any hard, tumor like mass in the abdominal region, which could be benign or malignant.

Ayurvedic classification of neoplasms depends upon various clinical symptoms in relation to tridoshas.

At CHARAKA, we are providing effective treatment for cancer, focusing on the principle of detoxification, rejuvenation. Our treatment involves:

Our cancer therapies are based on the philosophy of Removal the cancerous cells when possible and destroy any cells that remain.

Our Ayurvedic treatments can be safely combined with chemotherapy and radiotherapy procedures to minimize the side effects. Even in surgical treatment, this treatment can be started immediately for further healing and most importantly to prevent metastasis.