Autism, or Autism spectrum disorder (ASD), refers to a broad range of conditions characterised by challenges with social skills, repetitive behaviours, speech and nonverbal communication. ASD can be a minor problem or a disability that needs full-time care in a special facility.

each person with autism has a distinct set of strengths and challenges. The ways in which people with autism learn, think and problem-solve can range from highly skilled to severely challenged.

Several factors may influence the development of autism, and it is often accompanied by sensory sensitivities and medical issues such as gastrointestinal (GI) disorders, seizures or sleep disorders, as well as mental health challenges such as anxiety, depression and attention issues.

Indicators of autism usually appear by age 2 or 3. Some associated development delays can appear even earlier, and often, it can be diagnosed as early as 18 months.

People with autism have trouble with communication. They have trouble understanding what other people think and feel. This makes it hard for them to express themselves, either with words or through gestures, facial expressions, and touch. People with autism might have problems with learning. Their skills might develop unevenly.

More children are diagnosed with autism now than ever before. But the latest numbers could be higher because of changes in how it’s diagnosed, not because more children have a disorder.

Signs of ASD begin during early childhood and typically last throughout a person’s life.

Common symptoms of autism include:

Some children with autism may also have seizures. These might not start until adolescence.

These types were once thought to be separate conditions. Now, they fall under the range of autism spectrum disorders. They include:

Exactly why autism happens isn't clear. It could stem from problems in parts of your brain that interpret sensory input and process language.

Autism is four times more common in boys than in girls. It can happen in people of any race, ethnicity, or social background. Family income, lifestyle, or educational level doesn’t affect a child’s risk of autism.

Autism runs in families, so certain combinations of genes may increase a child’s risk.

A child with an older parent has a higher risk of autism.

If a pregnant woman is exposed to certain drugs or chemicals, like alcohol or anti-seizure medications, her child is more likely to be autistic. Other risk factors include maternal metabolic conditions such as diabetes and obesity. Research has also linked autism to untreated phenylketonuria (also called PKU, a metabolic disorder caused by the absence of an enzyme) and rubella (German measles).

It can be hard to get a definite diagnosis of autism. Your doctor will focus on behaviour and development.

If you weren’t diagnosed with autism as a child but notice yourself showing signs or symptoms, visit or talk to your doctor.

There is currently no cure for ASD. However, research shows that early intervention treatment services can make a big difference in development for a child with autism. Early intervention services help children from birth to 3 years old (36 months) learn important skills. Services can include therapy to help the child talk, walk, and interact with others.

If you think your child shows symptoms of ASD, tell your doctor as soon as possible.

What works for one person might not work for another. Your doctor should tailor treatment for you or your child. The two main types of treatments are:

The beauty of Ayurveda lies in its strong view of Jivita (life) as sustaining combination of sareera (physical body), satva (mind), and atma (spirit).

Ayurveda has viewed ASD as a behavioural abnormality with its roots embedded in the defective neuropsychological platform and derangement in digestive and metabolic system.

Autism, typical or atypical and other disorders with autistic features fall under the category of Unmada, in which one or more of the mental faculties go wrong. The very definition of unmada incorporates various forms of inappropriate actions exhibited by the individual as a result of distortion of normal mind, intellect, conscious knowledge, memory, desire, manner and behaviour.

In the definition of unmada, we find some of the impaired faculties which are seen in Autism spectrum Disorders. These include impairment of

The acquisition of knowledge (Jnanotpathy), one among the important functions of Manas is disturbed in Unmada. Jnanotpathy happens only when Manas is in tune with Atma (soul), Indriya (sense organ), Indriyartha (objects).

Ayurveda believes that in addition to the food and activities of the pregnant mother, her mental status plays an important role for the development of health and disease – both physical and mental in the child. 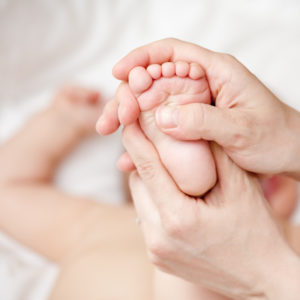 There are three classical therapeutic streams advocated by Ayurveda which used in the management of Autism Spectrum Disorders (Unamada). They are

The rational Ayurveda treatment is carried out in four parts. They are

At CHARAKA, Management of Autism affected children is also carried out on this line of treatment. Autism requires therapies which act at the physical, mental and spiritual planes. The effective deployment of these therapies will ensure a better outcome for the child.

Duration of Panchakarma therapy could range from 3 weeks to 5 weeks depending on the severity along with researched internal medicines for about 2 - 3 years.

Repetition of therapies in small courses either individual or in combination intermittently will yield great benefit and stands as long term support for Autistic child.